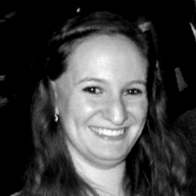 As a theatrical producer specializing in commercial Broadway, Kayla’s Broadway credits include: Anastasia, Gettin’ the Band Back Together, Once On This Island and Deaf West Theatre’s Spring Awakening. Off-Broadway, she produced Daddy Long Legs.  Kayla previously served as the Director of Operations and Marketing at ARTech Holdings, an incubator and holding company focused on generating technologies to support the live arts community.  In addition, she was previously the Managing Director of the Davenport Theatre and Ken Davenport’s Producing Associate.  Since 2016, Kayla has been a judge for the annual SHENYC festival dedicated to supporting the creation of new works by female writers and composers.  She has produced benefit concerts for GLAAD (Broadway Gets GLAAD) and The Trevor Project (Say My Name).  Kayla earned her bachelor’s degree from NYU in Secondary Education with a concentration in English (Steinhardt School of Culture, Education, and Human Development) and in The Business of Entertainment, Media and Technology in a joint program through NYU’s Stern School of Business and NYU’s Tisch School of the Arts.